In the cold of mid-January, it’s a good time to start thinking about maple syrup. In another month or so, it will be time for the sap to start flowing, so set up our sap boiler and get your drills ready. New York is the second-largest maple syrup producer in the Country, with Vermont being the largest. It’s a great way for small farmers to diversify and earn some income in the winter when nothing is growing in the field. It’s also a fun activity to do on a smaller scale if you have a few maple trees in your backyard.

Maple Syrup can be made from any of our local maple species. Sugar maples are by far the best maples to use. Black maples can also be used effectively. Other maple species have a lower sugar content. The buds for other species also tend to come out earlier, giving you a shorter season.

Why does maple syrup cost so much in the stores? Because it’s a lot of work. Sugar maples have an average of about 2% sugar content. At that percentage, it takes 43 gallons of sap to make one gallon of syrup.

Equipment for making maple syrup can be purchased online or at many local hardware stores. You need a cordless drill with a 7/16 inch drill bit, for the traditional sized spout or 5/16 if you plan to use the new smaller sized spouts. You also need spouts to put into the holes you drill. These can be either metal or plastic. Be sure to purchase the correct spout size for the holes you are drilling. You then need something to collect the sap- either a bucket with a cover, a plastic sap collection bag, or plastic tubing. For a backyard-scale system, either a bucket or a plastic bag can work well, with the bags probably being easier to use. You need a larger food-grade container for sap storage, a pan with high sides for boiling, a candy thermometer some sort of filter, and containers to store the syrup in. The sap will flow when the daytime temperatures are above freezing and the nighttime temperatures drop down to below freezing. If you tap your trees too early, your holes may dry out and become plugged before the sap stops running, if you tap too late you might miss some good runs. In the Finger Lakes, the best time to tap your trees is usually between February 10th and March 10th– keep an eye on the long-term weather forecast to determine when the best date is for you.

Determine how many taps you can have in a tree by its diameter at breast height, which is about 4.5 feet about the ground. Between 10-17 inches, you can have one tap, between 18-24 inches, you can have two taps in a tree. A tree above 25 inches dbh can have 3 taps. Holes should be drilled between 1.5 and 2.5 inches deep and be angled slightly upward, so the sap runs out towards your spout. Spouts should be pressed or lightly hammered into the tree. Hammering too hard could damage the tree. Sap should be processed as soon as possible after collection. Sap can be boiled down in a wide variety of ways. More serious operations use large evaporators, but backyard growers can use kitchen pots.

Wood is the most cost-effective fuel to use when boiling, though a wide variety of fuels can be used. The sap becomes syrup when the sugar content reached 66%. This occurs when the sap temperature is 7.1 degrees above the boiling point, which is slightly over 219 degrees F at sea level. Once you have syrup, you should filter it. It should be filtered while hot with felt or paper- a coffee filter will work fine. The syrup should then be put into a bottle for storage. It should be put in the bottle when it’s at approximately 180 degrees. The bottle should then be stored in a cool, dry location.

Making syrup is a lot of work, but there are ways to make it more efficient. You can increase the amount of sap you collect per tree by using a vacuum tubing system. Using an efficient evaporator will boil the sap down more quickly and use less fuel. Using a reverse osmosis filter can remove a portion of the water before you boil, making boiling significantly faster. You can even plant maple trees bred to have higher sugar contents though it will take many years before these trees are large enough to tap.

Making your own maple syrup can be a fun and great tasting activity. 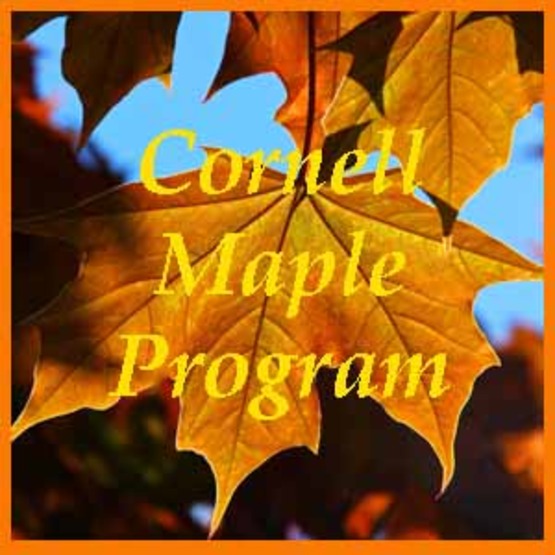