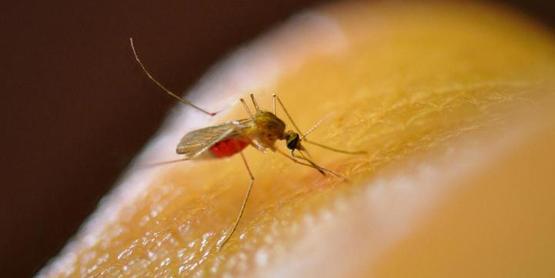 Stay healthy this summer. Protect yourself and your loved ones from mosquito bites that may cause West Nile virus infection.

Mosquito bites can be more than just itchy and annoying. They can cause you to get sick. The most effective way to avoid West Nile virus disease is to prevent mosquito bites. Be aware of the West Nile virus activity in your area and take action to protect yourself and your family.

Almost 40,000 people in the U.S. have been reported with West Nile virus disease since 1999, and of those over 17,000 have been seriously ill and more than 1600 have died. Many more cases of illness are not reported to CDC.

Anyone living in an area where the West Nile virus is present in mosquitoes can get infected. West Nile virus has been detected in all lower 48 states (not in Hawaii or Alaska). Outbreaks have occurred every summer since 1999. Though anyone can get infected with the West Nile virus, there are people at higher risk for severe disease. People over the age of 50 are at higher risk for encephalitis. The reasons one person becomes severely ill and another doesn't aren't entirely known. Where is the West Nile virus a problem?

Some states, such as those highlighted in black on the map to the right, had greater concentrations of cases of severe disease than others represented in lighter colors in 2013. This can change each year. Some areas of the U.S. are affected by other viruses such as La Crosse, eastern equine encephalitis, St. Louis encephalitis, Powassan, or dengue viruses.

Insect repellent: What you need to know

What insect repellent should I use?

CDC recommends a variety of safe and effective repellents for you and your family. There are those that can protect you for a short while in the backyard or a long while in the woods.

Look for these active ingredients recommended by the CDC and EPA:

Pick your favorite insect repellent and use it whenever you go outside!

All contain an EPA-registered active ingredient and have been evaluated for efficacy and safety. EPA has a long listing of every registered repellent brand in the U.S. There are safe and effective repellents for every budget, age, and preference.

No symptoms in most people.
Most people (70-80%) who become infected with West Nile virus do not develop any symptoms.

Fever in some people.
About 1 in 5 people who are infected will develop a fever with other symptoms such as headache, body aches, joint pains, vomiting, diarrhea, or rash. Most people with this type of West Nile virus disease recover completely, but fatigue and weakness can last for weeks or months.

Severe symptoms in a few people.
Less than 1% of people who are infected will develop a serious neurologic illness such as encephalitis or meningitis (inflammation of the brain or surrounding tissues). The symptoms of neurologic illness can include headache, high fever, neck stiffness, disorientation, coma, tremors, seizures, or paralysis. See your healthcare professional if you think you have the symptoms of West Nile infection.